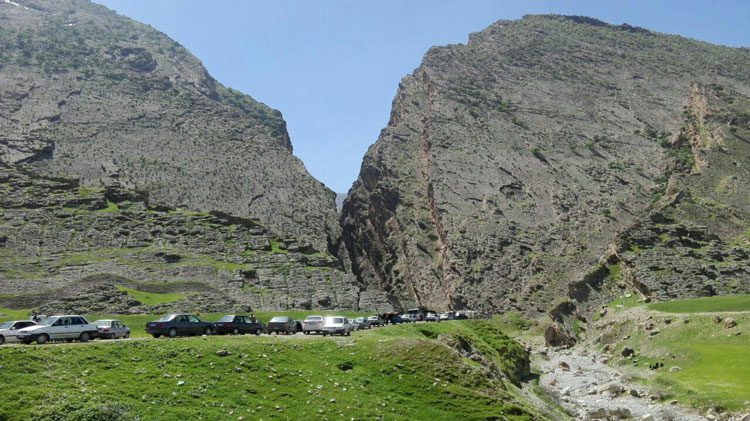 Iran is one of the Middle East countries that due to its unique geographical location it’s very rich in terms of natural phenomena .
iran’s proximity to the equator and the nature of Four Seasons have provided the conditions that in every corner of this vast land we will see the amazing and stunning views .
we all, have the experience that many times we have looked at an image of Virgin nature and we have assumed that such a landscapes are somewhere further than iran’s borders , but in fact ,Iran is full of beautiful and spectacular areas that can even be more soft or impressive than the nature outside of the border .
more beauties and gifts lies in every corner of this resourceful territory and Illam province in the western region of Iran is not deprived of this gifts .
Illam is a border province in western of Iran , has the longest border with Iraq and the climate of this province was semi_mountainous, and have a lot plains ,waterfalls ,and heights In their hearts .
one of the natural phenomena and attractions of Iran which in first glance reminds us of massive cliffs in the hearts of the cute nature of other countries is the strait of Bahram chubin in IIlam province .

Bahram chubins strait, is a low_width and ultra_high strait which has a strategic position .
this is located in the hillside of kabirkoh mountains adjacent to the Erimo village on the Western side of dare_shahr to poldokhtar in the urban area of dare_shahr city. Bahram chubin strait is located in 145 kilometers southeast of Illam and in 12 km from dare_ shahr .
Dare_shahr city by having at least 400 historical effects is located in 130 km south of Illams center and it was one of the capital of Iran in sasanian era.this historical effects and natural attraction has been registered on March 7,1381 with the 7977 registration number as one of the National monuments of Iran . 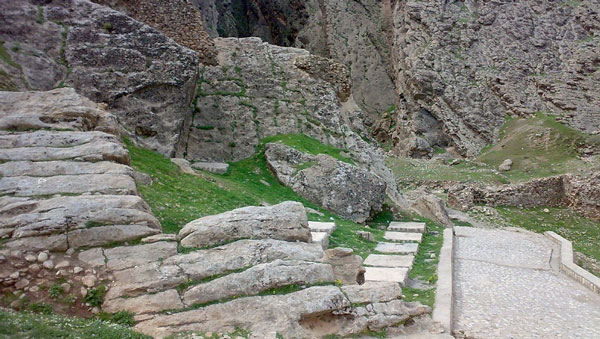 Bahram chubins strait is a point of intersection of nature and history , this issue besides to having a moderate climate and green nature, of the reasons why this area is very important for tourists and ecotourist to be attracted to it
the monuments was left from a distant past and everything that is left from the military fortress, it has led the strait to be attributed to Bahram chubin, which was one of the sassanid general and as a place for the refuge of Bahram chubin in the time of rebellion against khosrow parviz , Bahram chubin or vahram chubin or Bahram VI ,or Vahram chubineh as one of the Gshnasp from Mehrans clan, Was one of the seven most distinguished family of sasanid. (zarinkoub page507)
they sang him Bahram for the reason of having a long and thin stature to be like wood
the Bahram chubins strait was one of the most inscrutable and strongest in ancient Iran. and from the years away it has witnessed the passage of time on this land and the people. the monuments was left from that age consist of a castle of stone ,plaster and a stairs on a stone walls which this collection itself has Four Stone water storage (cistern) and a small linking gutters for keeping a drinkable water for a long time. these cistern are located at the bottom of the waterspout Below The Rock , and in a spring with the falling water from the cliffs above ,they have a spectacular and breathtaking scene. A virgin nature and beautiful strait of Bahram chubin with entrance and cisterns in a spring and summer showing up a beautiful scene in the eyes of visitors. on the other hand at the inside of the strait as well as its backspace it was the perfect environment for the presence of different types of animals and birds which by itself adds to the beauty and attraction of this region. some also believe that Bahram chubin would be paid to the hunt at the inside of the strait. Bahram chubins strait is one of the most popular natural and historical attractions of Illam province, which hides a lot of Mysteries but unfortunately a large part of the structures in the strait of Bahram chubin was ruined or are being destroyed. this strait despite of being an important part of Iranian civilisation and also registered in the list of iran’s national monuments ,like wise has been neglected from the relevant authorities and no attempt has been made for the preservation and keeping safe of this historical monument.