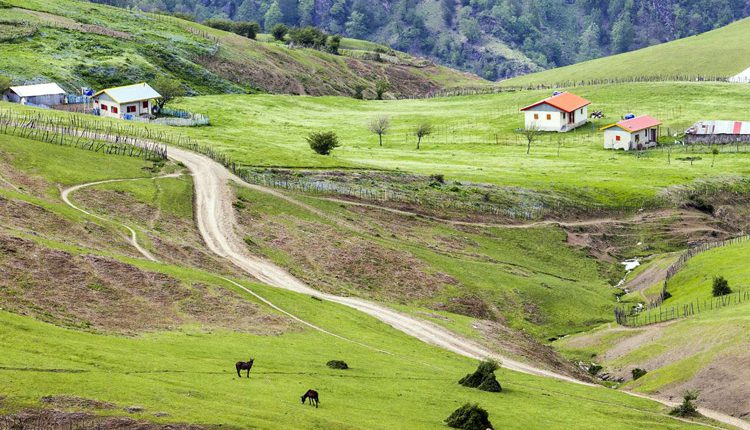 In every side of nature, there are various amazing phenomena. Human was born in the nature and was grown in there; furthermore the nature is the main source for whole human’s needs. Although sometimes human tried to destroy it but it is the only haven for human.

Iran is the country in the Middle East and for its location and special geography, has a four season climate. In every side of the Iran, there is a lot unique and incredible beauty that attracts a huge number of tourism annually. Gilan province in the northern of Iran has a lush and pristine nature and for having such a great nature it considered as a main tours destination especially in the holidays. In Gilan province, country sides always have more adherent among tourism. One of the most important and famous countryside is Soobatan countryside which is like a piece of paradise in the earth. Soobatan countryside, with its lush meadows and Patures, rivers and waterfalls has created a pristine landscape and a spectacular landscape that has made it a special place among nature-lovers.This Persia site note takes a look at Soobatan, a beautiful bungalow west of Lisar.

Soobatan village, spoken in the Talish language of Sutton, is located in Gilan province, 20 kilometers west of Lisar, near the town of Talesh. The soobatan is like  a paradise surrounded by other beauties. To the north of Soobatan lies the River Lisar, bounded on the west by Lake Neur and Ardebil Villages, and bounded on the south by the Asebomarja village. To the east of this spectacular countryside lie the forests of Talesh. 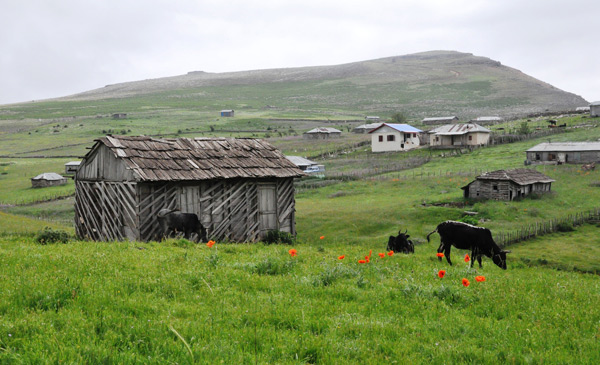 Soobatan has a long history and from ancient had been accommodation for indigenous people. In during the archaeologies researches which has done in this area, they explored Gold, silver and bronze necklaces, rings, earthenware, and most importantly, a bronze jug, it is said that it dates back to the Achaemenid period.

There are also numerous cemeteries dating back thousands of years to the area, a testament to Soobatan’s historic antiquity.  The discovery of two large tombstones in the Ghooridare and the Neumannadani neighborhood corroborates this claim.

The name Soobatan comes from the two words “soo” and “batan”, which is Turkish and means water. The name of the village is said to have been the source of a spring inside which the water returned to the ground after boiling from the ground. 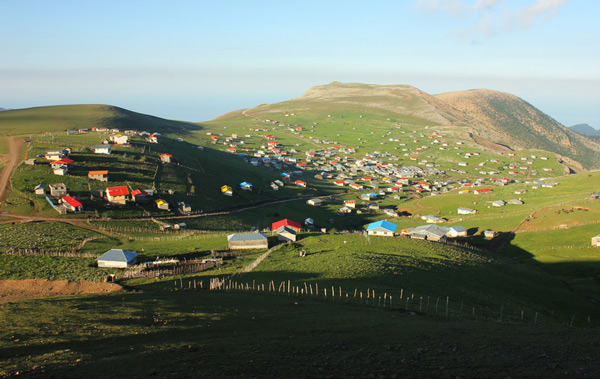 There is another theory as to why this village was named Soobatan (in the Taleshi Sutton language) which is more well-documented. “Sue” means rosehip and “uaton” means growing, and since it grows throughout the countryside, it has been named Sutton, which has changed over time to the soobatan.

The village of Subatan is 1900 meters above sea level and therefore has a very cool climate, even in the warm seasons. Due to the high altitude of the country, it has been uninhabited in the cold seasons, because of the cold weather and the snowfall. In the spring, the Soobatan regains the flavor of life, and people go there and resume life. In the spring, the plains of wild flowers and anemones have a pleasant view in front of their eyes. Therefore, it is clear that the best season to travel to this region is spring and summer. 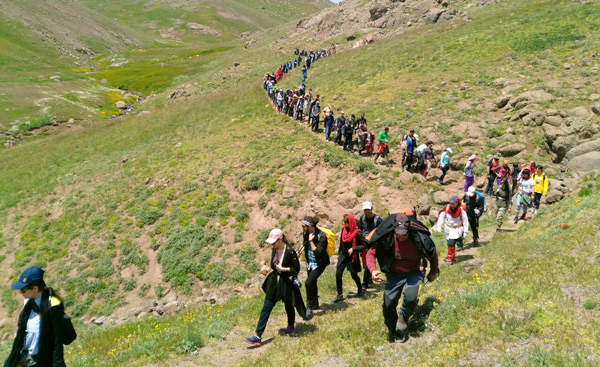 Soobatan’s wildlife is another of its natural beauties. In the area around you will see the flock of sheep as well as the herds of wild horses who are grazing and creating unparalleled landscapes.

Alchaliq Forest Park is another of thebeauties and tourist attractions of Soobatan that attracts many tourists.  There are various trees in the area such as wild pear, apple, tomato and azalea. Edible fungus is also one of the products harvested by the indigenous people of the region. Sightseeing is abundant in Sobatan, including Sari Dash (Yellow Stone), Baghdagul district known as Flowers Paradise, Batman Bolagh, Dash Bashi and Hachadashi. There is also a cave in the east of the village that locals believe has been spelled.

Soobatan Village Market also has a long history and a wide variety of products. If you are traveling to this dream area, you do not have to worry about providing for your needs. There are also many barbecues in the area to serve a variety of meals. To taste a fresh experience, it is recommended to try local soup dishes. Pindira Visawaj, Gourma, Gourmetaj, Sirjaina, Kalle Plow, Pete, Chicken Roast, Kebab Lamb and Sujah ​​Dila are a combination of local yogurt and mutton. They are as local food and delicacies dishes in the Soobatan.

Cheese, butter, and local yogurt as well as warm and woolen clothes are among the local produce,That you can make as a souvenir from this memorable land.

If you are planning to have a trip to the Soobatan and want to stay overnight in this dreamy area, wooden huts, made of oak and mahogany mortar, and are scattered throughout Soobatan Plain. Soobatan Village has good amenities such as drinking water, a supermarket and local restaurants. It should be noted that cellular antennas in this area are poor and only in the highlands can contact. There are four access routes to this beautiful and dreamy village:

First route, lisar toward the Soobatan. Distance between lisar and Soobatan countryside by an old way is about 20 kilometer. In some point, there are harsh slopes and walking in during the way takes about 10 hours. This way because of hardness is not recommended to the unknown people. Getting proper nutrition and water is essentiall for hiking in the way. Due to being abandoned this route is recommended to have a professional local guide.

The second route is the route of Talish to the Soobatan. The route is 43 km and is a car. Of course, passenger cars can barely drive on this road, and most travelers take the road with auxiliary cars and a pickup truck. The Talesh route to Kish Dibi is about 15 km asphalted, and the rest is dirt.

The third route is the Talesh-Ag Euler-Subatan route. The distance from Talesh to the historic district of Ag Uler is about 35 km from the asphalt road, and from Ag Uler to Subatan is about 12 km from the dirt road, of course assisted cars and tall chassis.

And finally, the last route is the Ardebil-Lake Neur-Soobatan route. Ardebil Road is 35 kilometers to the village of Khalkhal, called Bodhallalo, which is a three-way lake near Neur. There are 10 kilometers to the east of Abbas Abad village and 8 kilometers to the shore of Lake Neur is asphalt road. Distance between the Neur Lake to the Soobatan countryside is about about 18 kilometers which is dirt road. Of course, tourists and nature-lovers choose this route because of their special natural attractions and on foot.